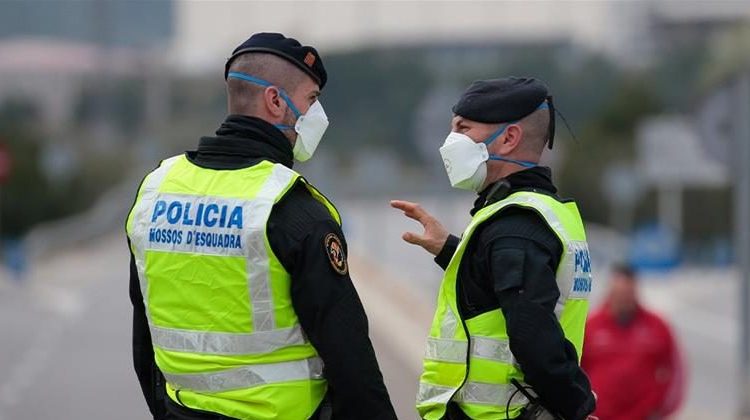 Spanish Police Arrest One of the Most Wanted Foreign IS Fighters

In the south of Spain, a fighter from the Islamic terrorist movement IS has been arrested. According to Spanish media, this is a 28-year-old Egyptian who is considered one of the most wanted foreign IS terrorists in Europe.

The jihadist arrested is reportedly Abdel-Majed Abdel Bary. He is, according to the news site Ideal, the executioner who beheaded the American journalist James Foley in 2014 and then had himself photographed with the head of his victim.

However, that information is incorrect, because this IS executioner “Jihadi John” was, in fact, the British Mohammed Emwazi. He was killed in a U.S. airstrike in November 2015 in Raqqa, the capital of the IS caliphate.

The now arrested Egyptian was suspected at the time of being “Jihadi John”, but that turned out to be incorrect afterwards. After a beheading, he also had himself photographed with the head of the victim.

Abdel-Majed Abdel Bary is one of the most wanted foreign ISIS terrorists in Europe. He was arrested during an anti-terrorism operation in the city of Almería.

The suspect, whose initials and age have not been revealed, was arrested in an apartment in the centre of the southern Spanish resort.

Two other men were arrested with him. Their identity and relationship to the prime suspect are being investigated. This should provide an answer as to whether it concerns returned jihad fighters or persons who offered him security and logistical support upon entering Europe.

The three men came to Spain from North Africa. Once there, they made good use of the lockdown because of the coronavirus. They barely got out, and if they did, they covered their faces mostly to avoid recognition, reports the news site La Voz de Almería.

In Great Britain, Nearly 450 Corona Deaths Have Occurred in 24 Hours

President Trump: Immigrants Will No Longer be Allowed to Enter the United States