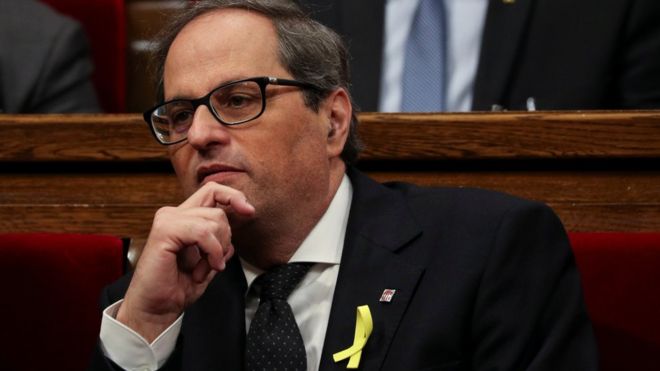 Puigdemont, who is not allowed to leave Germany, had put Torra forward last week as a candidate for premiership.

The politician failed two votes on Saturday in the 135-seat regional parliament, but at the second round on Monday the threshold was lower. As a result, he could still be elected prime minister.

Catalonia has been around for months without a government. The last leader of the region, Puigdemont, went into exile after the chaotic referendum on independence.

The separatist leader was later arrested in Germany. Spain has asked for its extradition.