President Ukraine Does Not See Any Withdrawal From Russian Troops 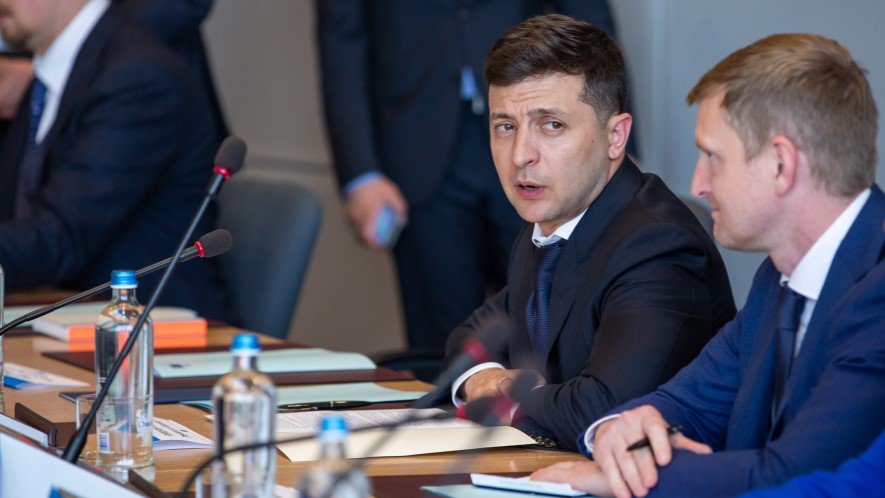 Ukrainian President Volodimir Zelensky currently does not see Russian troops leaving the border with Ukraine. Russia announced on Tuesday that some workforce is returning to their bases, but an independent party has not yet verified that information.

“To be fair, we are reacting to the reality and have not yet seen a withdrawal,” Zelenski told the BBC. He says it is only a matter of statements at the moment. The president says that when troops withdraw, “everyone will see.” He went on to say that Ukraine remains calm under threat. “We remember that this didn’t all start yesterday. This has been happening for many years.”

It is not clear how many of Ukraine’s many tens of thousands of soldiers are leaving the area near the border. There are still exercises. According to the Russian ambassador in Dublin, Yuri Filatov, they will be ready on February 20. It will take three to four weeks for troops to return to their positions before the latest crisis over Ukraine, he told Irish broadcaster RTE. The ambassador emphasized that he also does not know exactly when troops will return. Russia normally also has a lot of troops along the border with Ukraine.

The troop build-up has led to high tensions in the region. The United States and other countries fear an attack on Ukraine. According to Russia, there are no plans for a raid; that message was repeated several times last week. However, the country does demand guarantees from NATO for its own security, including a guarantee that Ukraine will not become a member of NATO. The military alliance has already said it will not agree to this.