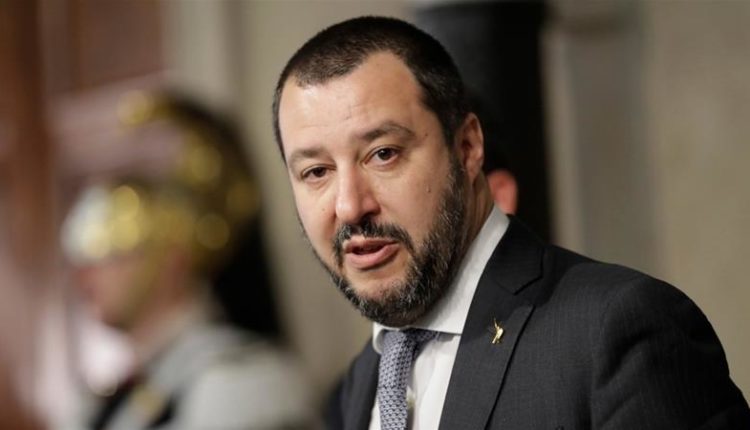 The Italian Minister of Home Affairs, Matteo Salvini (Lega), wants to take action against the Roma minority in his country. In his own words, he wants to do that ‘by what used to be called a census’. That the Roma cannot all be deported, he finds ‘unfortunate’.

The far-right deputy prime minister has promised his supporters to take action against the Roma minority in Italy. On a local television channel, Salvini said a link between Roma and ‘stealing and illegality’. In his own words, he prepares a file for ‘to see who, how and with how many they are’. “We will build a register.”

Roma who illegally resides in Italy promises to deport Salvini. He would thus realise part of the Lega election program – the Lega announced, among other things, that 500,000 migrants would be expelled from the country. But ‘the Italian Roma will, unfortunately, be allowed to stay at home’, Salvini concluded.

The statements quickly caused a fuss. The centre-left newspaper La Repubblica made mention of a ‘shock proposal’. An association that defends the rights of Roma in Italy made a comparison with the racial laws of the fascist dictator Benito Mussolini. Former Prime Minister Paolo Gentiloni wondered openly whether the next step might be to give everyone a gun. A spokesperson for the European Commission said that deportation based on ethnic criteria is not possible in Europe at all.

In the first instance, Salvini defended his statements. “I am not only thinking about the thefts (committed by Roma, ed.), But also about those poor children who learn about stealing and illegality in camps,” he wrote on Facebook. But then Salvini’s colleague deputy prime minister Luigi Di Maio, the leader of the Five Star movement, declared that Salvini’s plans are unconstitutional.

That forced Salvini to rectify. In the meantime, he has clarified that there is no Roma register and no fingerprints are taken. There would only be ‘an investigation’ in the Roma camps to protect the thousands of children who can not go to school. Di Maio was satisfied with that.

The many statements of Salvini and other Lega members against refugees and other minorities helped the far-right party win many votes in the last parliamentary elections. In the run-up to the municipal elections next Sunday, the Lega is carrying out this rhetoric again. For example, during a Sunday election meeting in Seregno near Milan, candidate mayor Ilaria Cerqua said that whoever votes for her would vote for “no asylum seekers, no Roma camps, no mosques”.