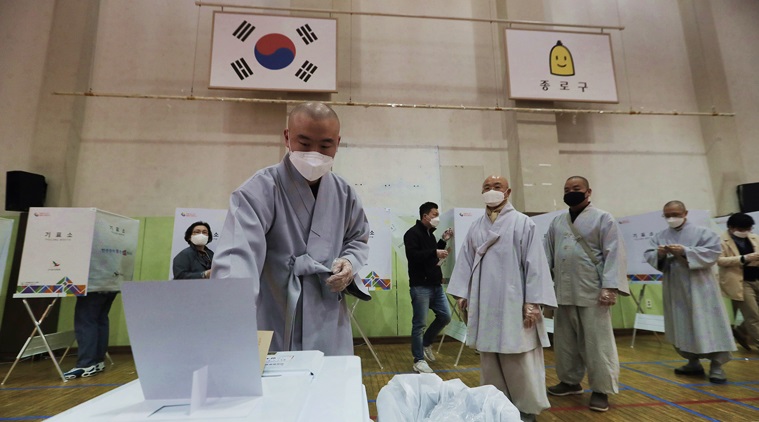 Many South Koreans took the opportunity to vote for next week’s elections on Friday. Polling stations lined up with voters wearing mouth masks and disposable gloves.

South Korea is one of the first countries in the world to hold parliamentary elections since the start of the virus outbreak. The elections will take place next Wednesday, but votes can also be taken on Friday and Saturday.

Because of the corona crisis, voters will have to deal with all kinds of measures, reports news agency Yonhap. They have to keep a meter apart, and their temperature is measured at polling stations. People with a high temperature have to vote in a different place.

The pandemic did not deter voters. Voter turnout was nearly 11 percent at 5:00 pm, the highest since the early voting was introduced in 2013. Some people want to avoid the bigger crowds next week.

“I wanted to vote for a quieter moment because I am concerned about the coronavirus. Also, because I have a five-month-old child,” a 36-year-old voter in the capital, Seoul said to Yonhap.

Voters who are quarantined because of the crisis are also not forgotten. Special polling stations have been set up in eight treatment centres for COVID-19 patients with mild symptoms.