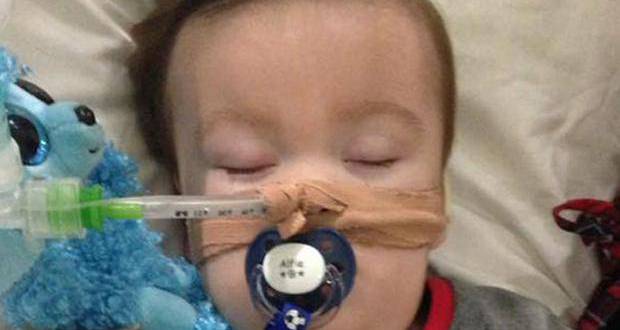 Hundreds Mourn for British Toddler Alfie Evans. The British toddler Alfie Evans is buried today. Alfie died on April 28 from an incurable brain disorder. He was 23 months old. After his funeral, hundreds of people expressed their support for the relatives, reports City News Journal.

Alfie was until his death the centre of a legal battle for treatment of his illness. Before that, he had to be flown to Italy. The judge put a stop to it because he felt that the toddler had to be able to die peacefully.

On the 23rd of April, the hospital decided to take Alfie from the ventilator, but miraculously the boy resumed to breathe on his own. An enthusiastic response was received, but after five days, fate struck.

The funeral procession goes back from the funeral under the guidance of hundreds of mourners.

More than two weeks after his death, Alfie is now buried in his hometown of Liverpool. Hundreds of grieving people waited for the funeral procession after the funeral at the Goodison Park football stadium. Father Tom had previously said that he hoped to take his son to Everton’s game at Goodison Park.

Anyone who could not be at Goodison Park’s mourning time and still wanted to support Alfie was asked to keep a minute’s silence at 11 o’clock in the morning.