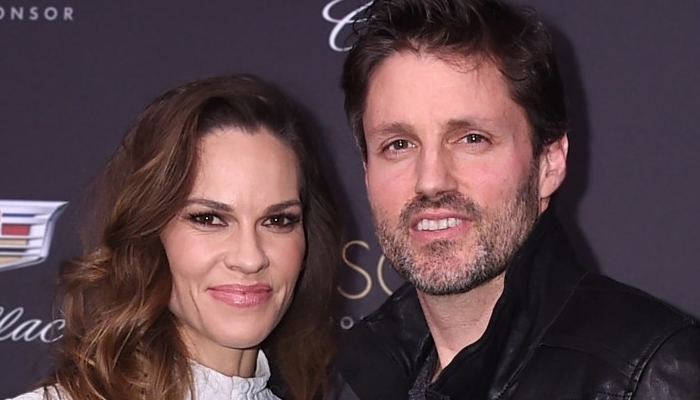 On Instagram, the actress places a photo of herself and her husband, Philip Schneider.

“A year has passed !! best of my life, besides the first,

and the second year that we have been together”,

writes 45-year-old Hilary with the photo, embracing her husband.

The two had been together for two years before they got married last summer.

For Hilary it is her second marriage: from 1997 to 2007 the Million Dollar Baby actress was married to Chad Lowe.