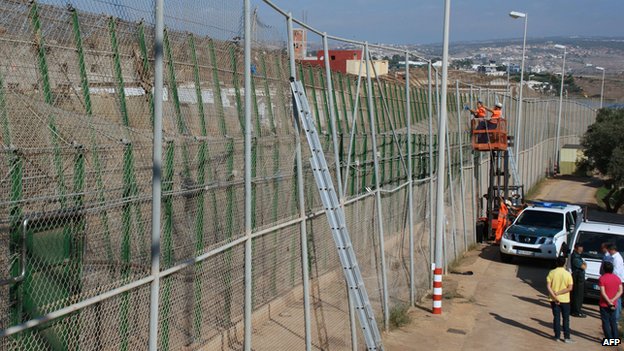 Approximately four hundred African migrants stormed the six-meter-high gate on Wednesday at the border between Morocco and the Spanish exclave of Ceuta. Spanish and Moroccan security services have been able to disperse most migrants.

The Spanish Guardia Civil states that it is the first time in seven months that a large group of migrants has stormed the border fence. Six migrants needed medical assistance after the action, three of whom were taken to the hospital, reports the Hope News.

When storming the fence, migrants are often injured because they are jumping down from the six-meter-high structure, or because guards are pushing them away.

Spain has two exclaves in Morocco: Ceuta on the Strait of Gibraltar and the 250 km east of Melilla.

Also in December 2017 about seven hundred migrants stormed the fence at the border with Ceuta.

Trump Gives a Patriotic Party but Falls through the Basket

Ceo Qatar Airways: My Company has to be Led by a Man