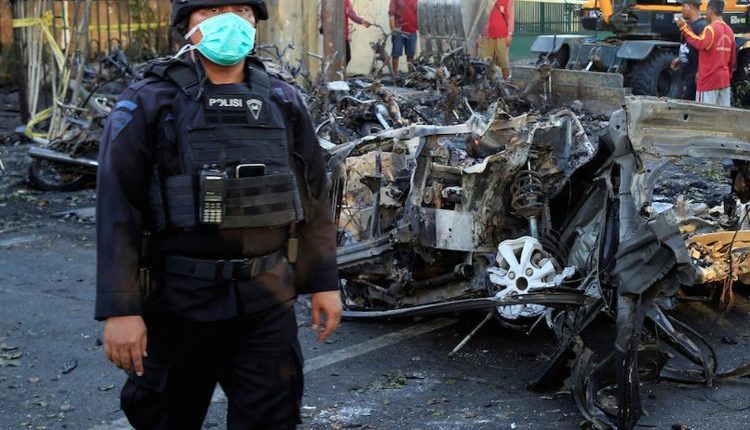 Family with 4 Children Blew Up Churches in Indonesia

A family of six people committed the suicide attacks on three churches in the city of Surabaya in Java. Police Chief Tito Karnavian said that a mother and her two daughters aged 9 and 12 were blowing themselves up in one of the churches. The father and two sons of 16 and 18 targeted the two other churches, reports The Guardian.

As a result of the terrorist actions, at least eleven people were killed and about forty wounded. The first bombs went off at 07.30 local times in the Catholic church of Santa Maria. Shortly afterwards explosions followed in a church of the Pentecostal Church and the Indonesian Christian Church.

The police suspect that the Islamic group-inspired terrorist group Jemaah Ansharut Daulah (JAD) is behind the attacks. IS has claimed responsibility for the attacks through its Amaq news agency.

Rebellion
According to the intelligence services, the attacks may have to do with an uprising of Muslim prisoners in Depok, West Java, last week. In doing so, six people were killed.

A spokesman for the Indonesian intelligence services said that Jemaah Ansharut Daulah initially intended to attack the police. “But because the police were prepared for this, they chose other targets,” says the spokesman. Shortly before the attacks, the police in Java had killed four people who were probably members of JAD in a gunfight.

Sword
Muslim extremists have repeatedly attacked Christians in recent years. In February, the police in Sleman, near Yogyakarta, shot a man who struck church visitors with a sword.

Surabaya is the capital of East Java and the second city of Indonesia. Many Christians live in the city.