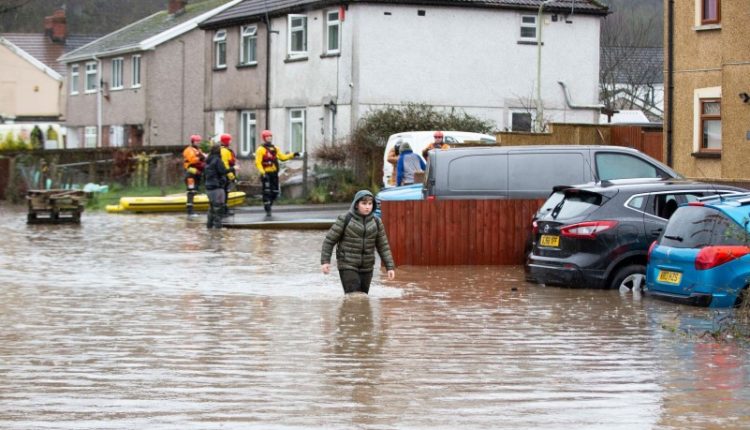 Even More Rain in Flooded Areas in Wales and England

In the ravaged areas on the border between Wales and England, more than 100 places have been threatened with severe flooding.

Six of those messages even warn of danger to life. Rain can cause new floods in another 150 places. The situation is serious.

Meanwhile, the British Johnson government is increasingly criticized for its approach to the weather disaster.

The inhabitants on the border of Wales and England have hardly measured the damage caused by storms Ciara and Dennis and new rain showers are already taking over.

During the past hours, and also during the course of the day, a heavy rain zone is pulling over the west of Great Britain. The weather services warn that as much rain can fall as in a month. The government has issued more than 100 flood warnings. Six of them warn of danger to life.

Especially in villages and towns on the Wye and Severn rivers, it is dangerous because dykes can break, warns the British Environment Agency that the situation is being monitored.

Hillary Clinton in Berlin, I Will Support the Democratic Presidential Candidate