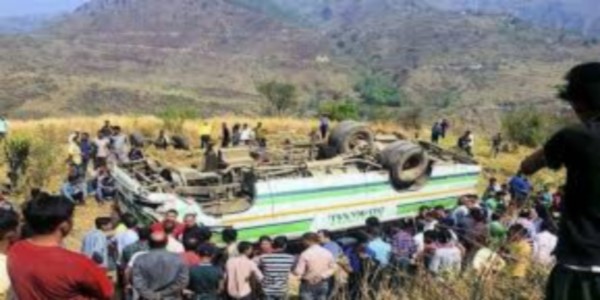 The accident happened in the village of Nei Neti, about 300 kilometres north of Delhi. According to eyewitnesses of the medium, The Hindu broke the axis of the bus, causing him to lose a band. The driver lost control and crashed the bus.

A large number of villagers came to the rescue. They took six bodies out of the bus. A woman and a child died on their way to the hospital. The wounded are treated for their injuries.

According to Balwant Singh of the local police, there were 26 people on the bus when he crashed.

Family with 4 Children Blew Up Churches in Indonesia