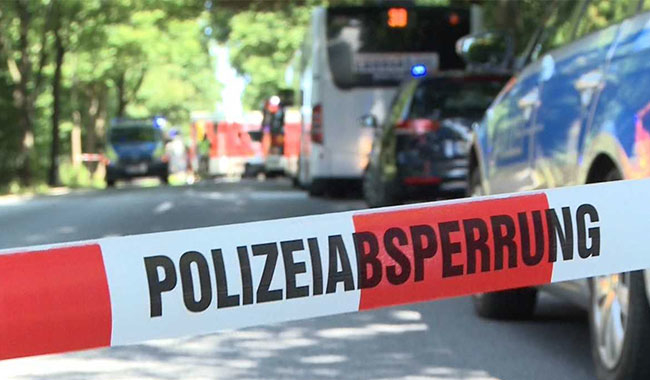 A Man With Knife Injures Several People In A Bus

A man with Knife Injures several People in a bus in a German city Lübeck. In the North German city of Lübeck, a man injured ten people on a bus on Friday afternoon. The police have shut down the surrounding area.

The victims were taken to a hospital. The man would have wounded the passengers with a kitchen knife.

The situation is yet not known about the rest. The 34-year-old perpetrator has now been arrested.

Also reported by eyewitnesses that the bus was full and that a passenger suddenly attacked several people, including the driver of the scheduled bus.

Then the bus driver stopped instantly and opened the doors of the bus so that the passengers could flee.

The culpable fled the bus but would have been quickly arrested by officers who were in the area with a patrol car.

Motives
According to the Reports, the culpable is in his thirties and is from Iran. The perpetrator’s reasons are still unknown.

According to the police, has he been radicalised? There is no indication.

The Minister of the Interior of the federal state of Schleswig-Holstein, according to local media, would not yet consider a terrorist act.